Thanks to you, whole community, players, supporters and contributors we could developer Economy Overhaul into state where it is now – based on data from two real European truck companies, largest set of new world currencies, real police fines and ferry prices, weekly updated real gas prices and with support for all official DLC’s and latest beta and stable versions of ETS2 (also with backward compatibility up to version ETS2 1.27). This is it, longest continuously supported and updated economy modiffication for Euro Truck Simulator 2 and Highest Rated and Most Popular Mod in real economy category for ETS2 at Steam Workshop in 2019. 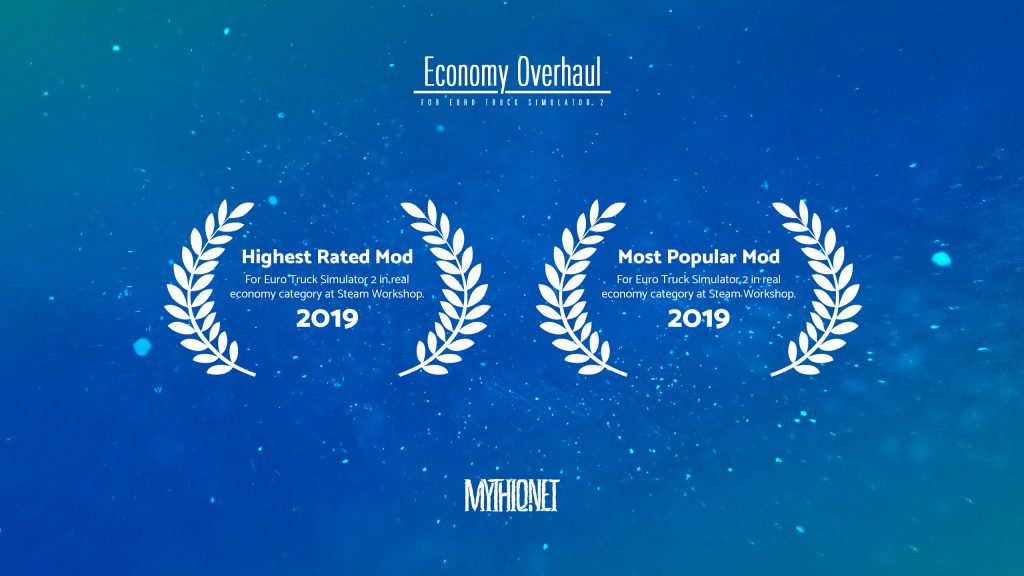 Thank you for your support. See you on the roads of ETS2!